Release Party to be Held at Common Bond Brewers, Montgomery, on Saturday, January 12

Last month, Alabama Brewers Guild members from across the state gathered at Common Bond Brewers in Montgomery to create their annual collaboration beer, “Bitter Constituent,” an American-style India Pale Ale. A one-time, special recipe developed by Guild members and made with five different hop varietals, Bitter Constituent (ABV 7.5%) will be available to the public exclusively at Common Bond Brewers beginning on Saturday, January 12. (Limited availability at select Alabama craft beer outlets will be announced at a later date.) The release party at Common Bond begins at 3 p.m. and will include the opportunity to meet craft brewers from around the state and to win brewery gear in a door prize raffle. The event is free and open to the public, with the Guild collaboration beer available for sale on draft in the taproom and in on-demand, to go packaging. 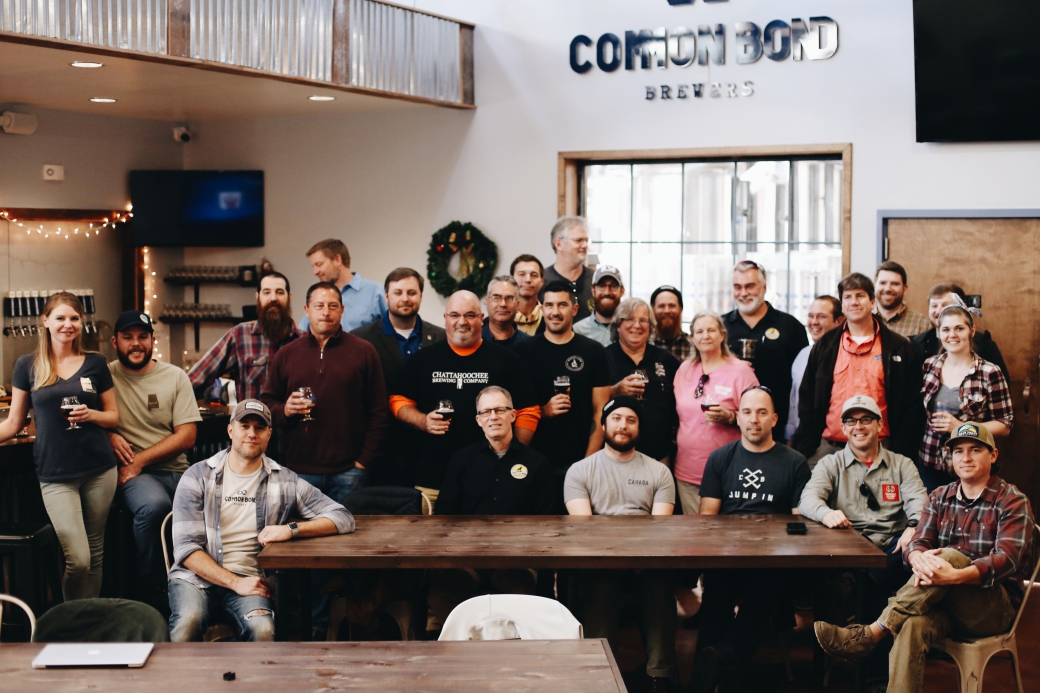 Bitter Constituent is the fifth release in the Guild’s Capital Series of annual collaborations designed, in cooperation with the Alabama Bicentennial Commission, to celebrate each one of Alabama’s five historic capitals, culminating with Montgomery in 2019, the 200th anniversary of Alabama’s statehood. Prior collaborations paid tribute to: 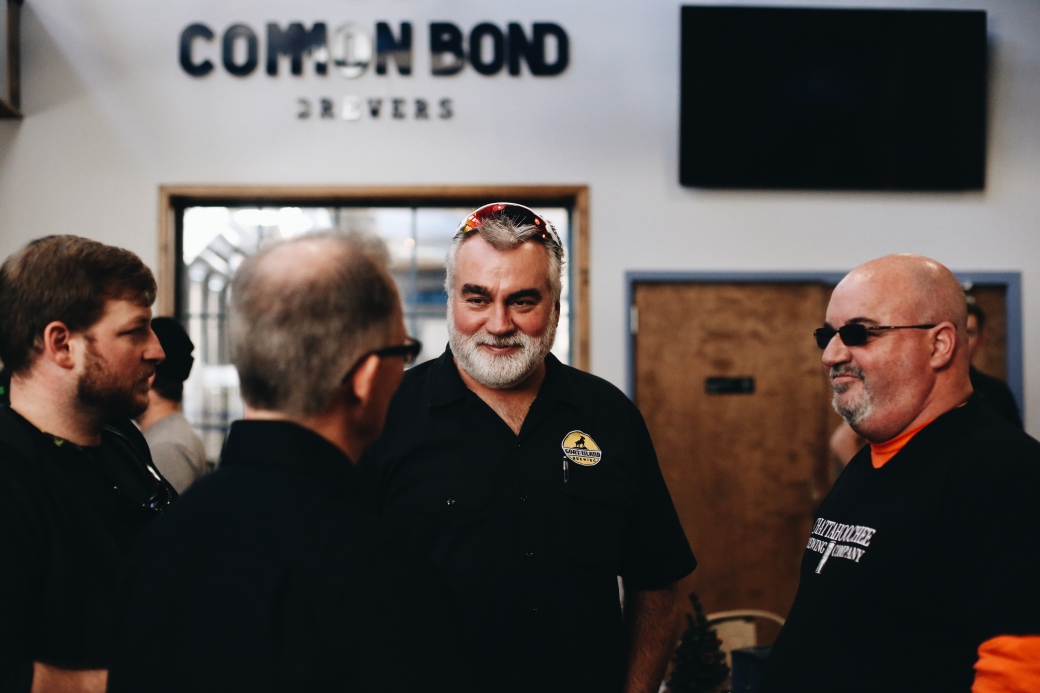 This year’s collaboration committee decided to honor Alabama’s craft beer fans and the grassroots efforts of volunteer consumer advocacy groups, including Free the Hops and Right to Brew, a coalition of homebrewers and homebrew clubs across Alabama, for the instrumental leadership they provided in lobbying for the passage of legislation in support of the craft beer industry, including the legalization of craft beer in Alabama (Gourmet Beer Bill, 2009), tasting rooms (2011), large format bottles (2013), and the hobby of home brewing (2013). 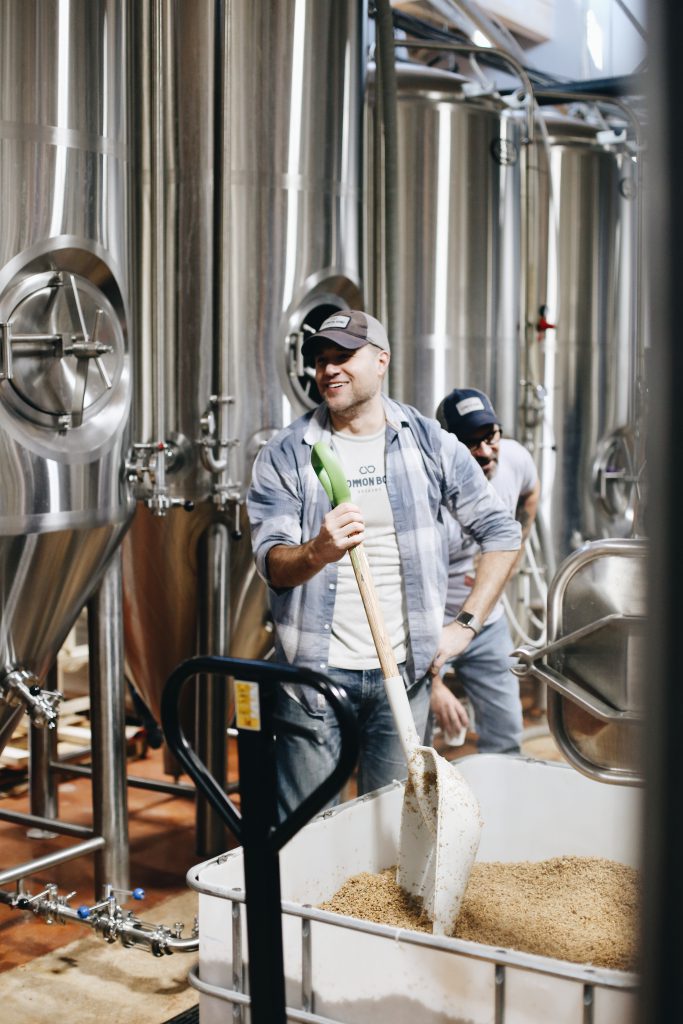 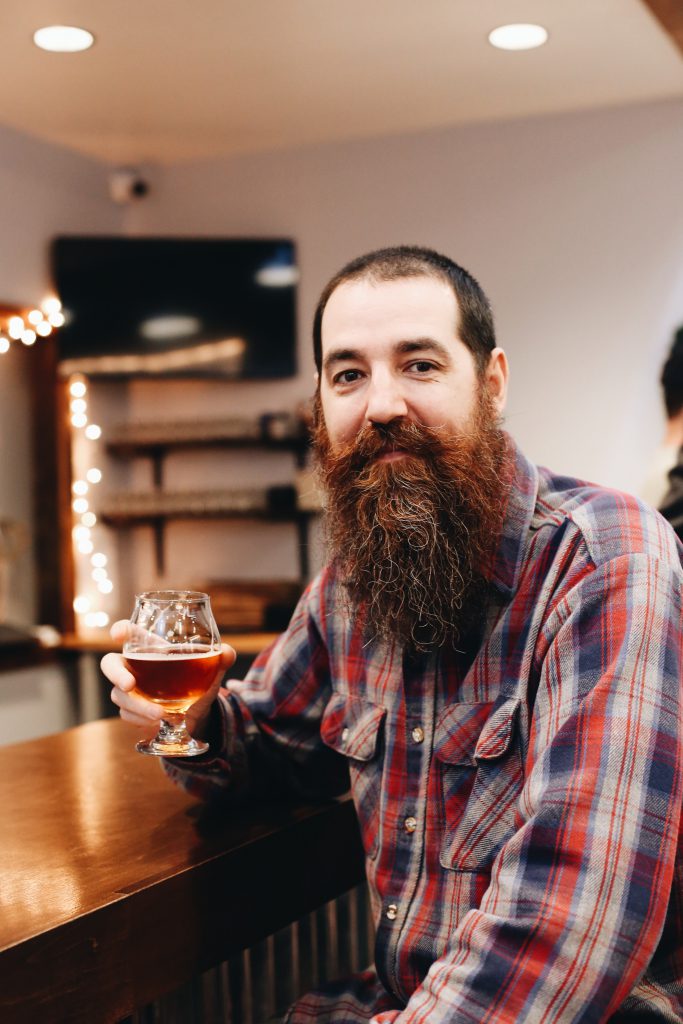 Alabama Brewers Guild Executive Director Dan Roberts applauds the collaboration committee’s decision to pay tribute to these volunteer, citizen groups: “Over the last decade, groups like Free the Hops and Right to Brew have pushed for legal changes to make the craft beer industry possible and viable in Alabama. They showed how ordinary people can come together to enact real change.” 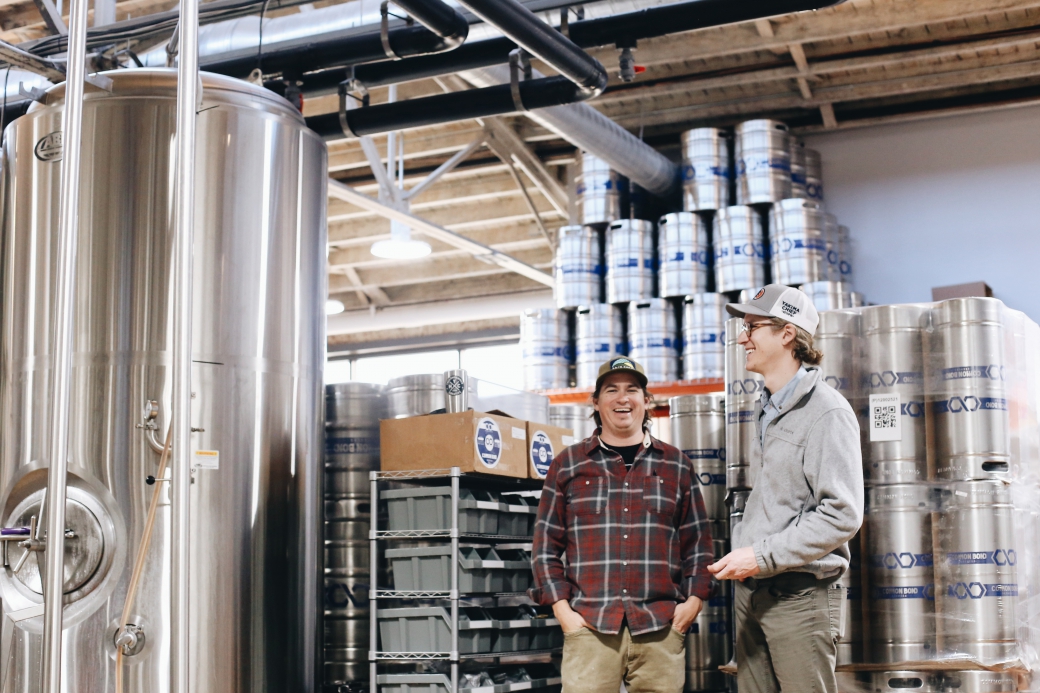 Speaking as a brewer and one of the Guild’s newest members, Common Bond president and co-founder Andrew McNally is grateful to have been selected as the location for this year’s collaboration beer and acknowledges his indebtedness to those same advocacy groups that Roberts and the committee identified: “Ten years ago, my dream of bringing craft beer to Montgomery wouldn’t have been possible and, thanks to others paving the way, here I am today, the Alabama Brewers Guild collaboration producer. It’s amazing and humbling.” 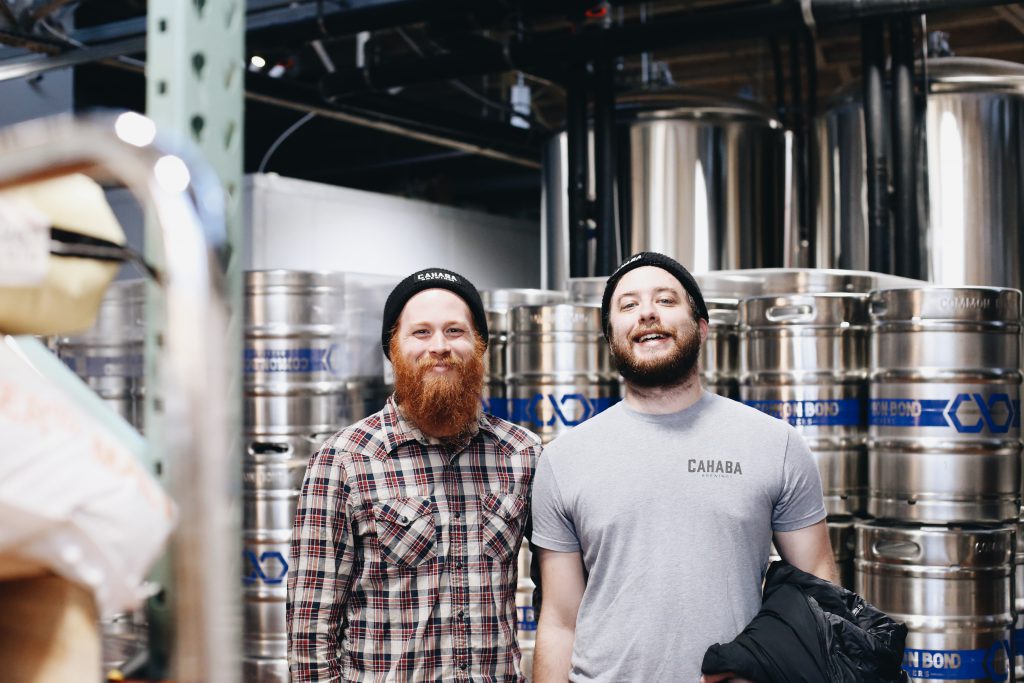 McNally is optimistic for the future of craft beer in Alabama and notes that, “I’m excited about the growth opportunities for brewers in this state and hope that Common Bond making the commitment to invest in that future will encourage others to do the same.”

Roberts echoes McNally’s enthusiasm and gratitude for the Alabama craft beer community, stating, “We have the best fans in the world. Not only are they loyal customers and evangelists for craft beer, they are also dedicated advocates. We owe them everything.” 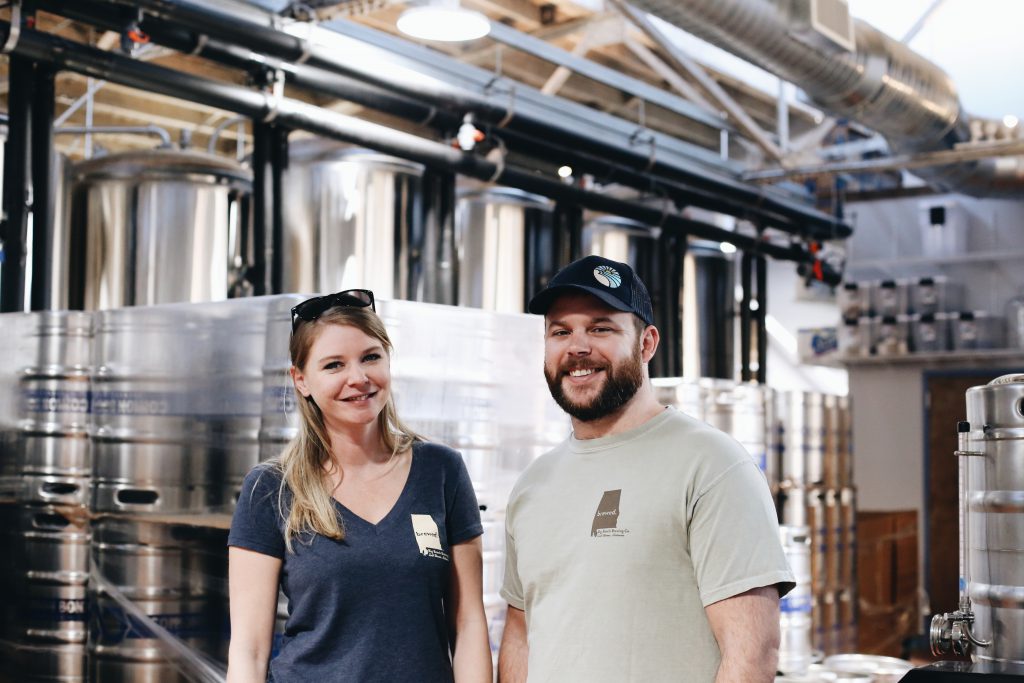 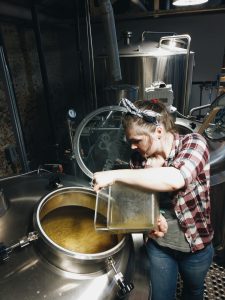 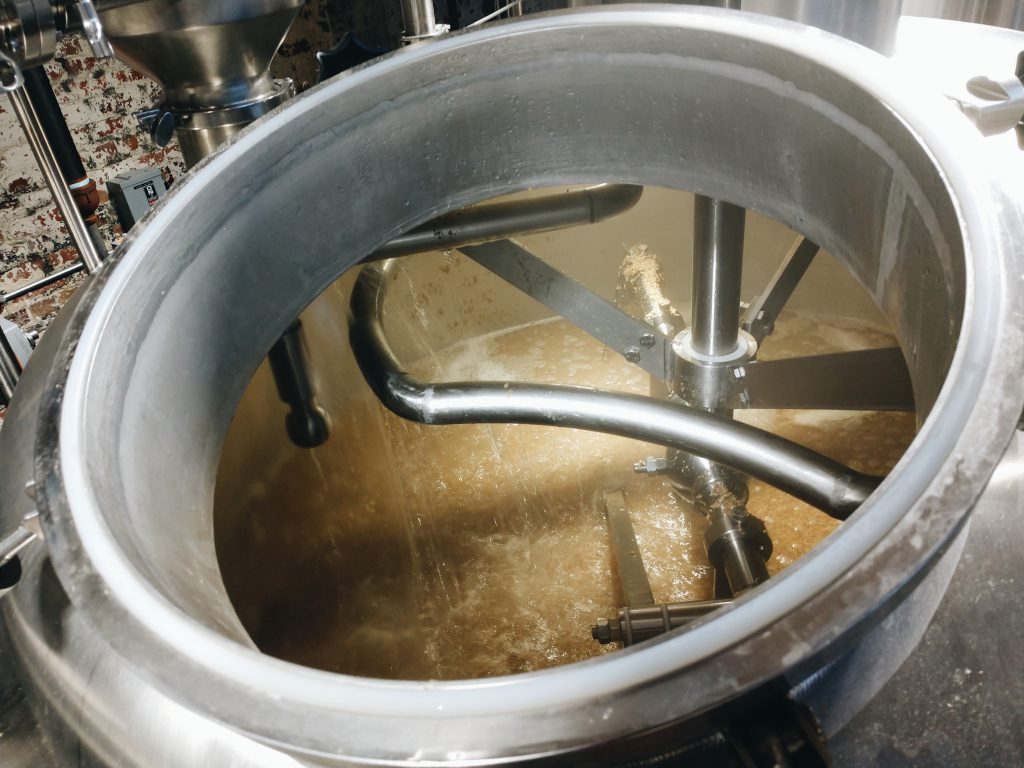 Step one in the brewing process: mixing cracked malt grains and water to create the mash. (Photo: Holly Rainey)

About the Alabama Brewers Guild

Located in Montgomery’s revitalized downtown entertainment and business district, Common Bond Brewers is proud to serve up craft beer in our open brick-and-beam style taproom. The city’s only production brewery, we believe that great beer can help people connect. Committed to being vital members of the greater-Montgomery community, Common Bond was built with the goal of giving tri-county residents a beer to call their own and a space for the community to gather. So, stop by, linger over a pint and share a Common Bond. 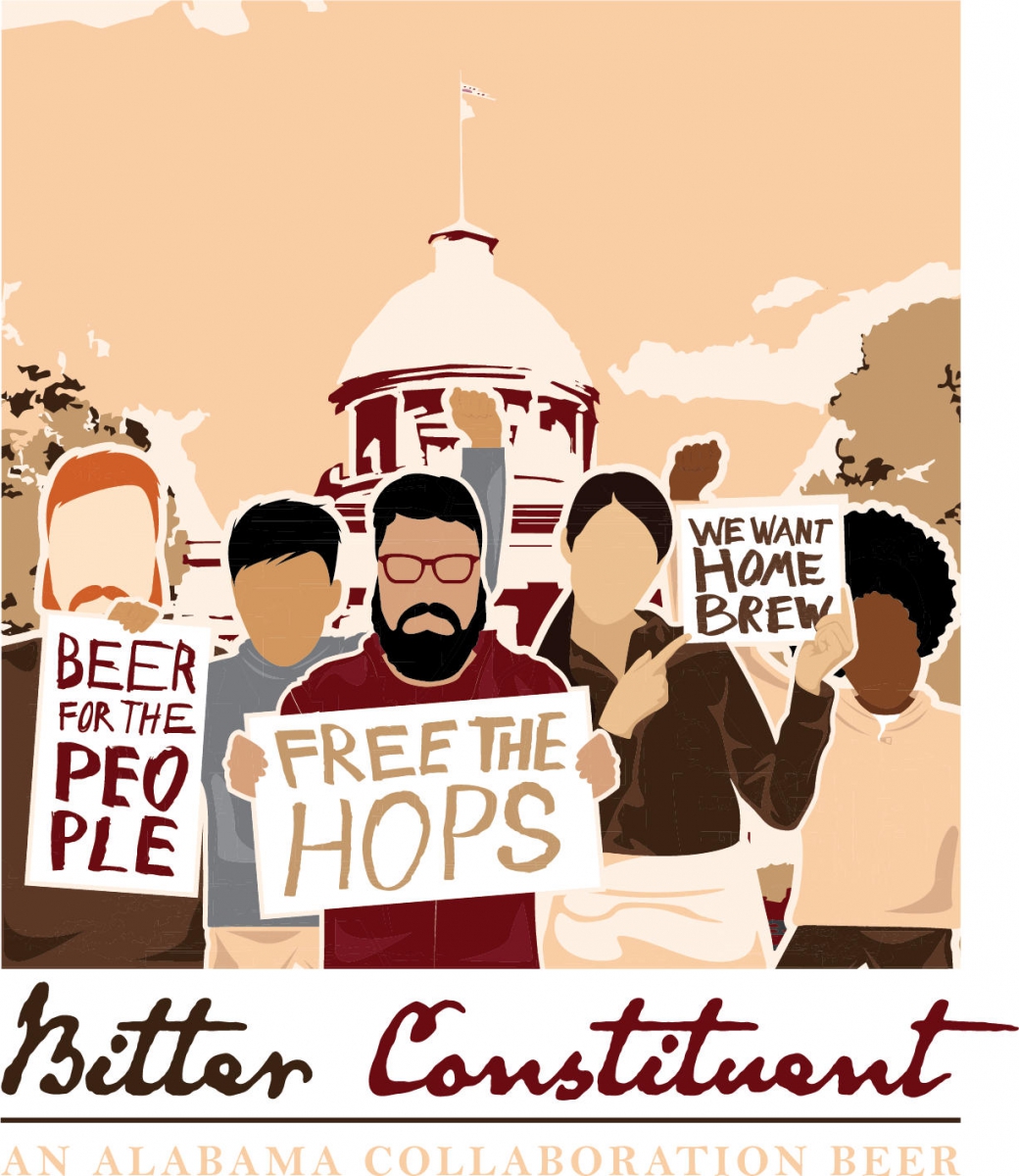 About the Author: Angela McNally

With twenty years of experience in the fields of marketing and communications, Angela has worked with clients ranging from Harvard Business School to Post breakfast cereals to the Sisters of Mercy. She's glad for the opportunity to contribute her professional skills to the craft beer community in Alabama.